Our research (in movement, sound and visual) was based on an experience on an active production site, the Rockwool factory in Moss, the abandoned building of the Peterson Paper Factory in Moss and the actually empty and functionless building of the DN Steel Works in Csepel. We were also inspired by interviews made with Vibeke Nielsen (Industrial Museum, Moss), Ronny Kristoffersen (the Rockwool factory, Moss), the visit to the Industrial Museum in Moss and other visits to postindustrial sites in Fredrikstad, Moss and Csepel. 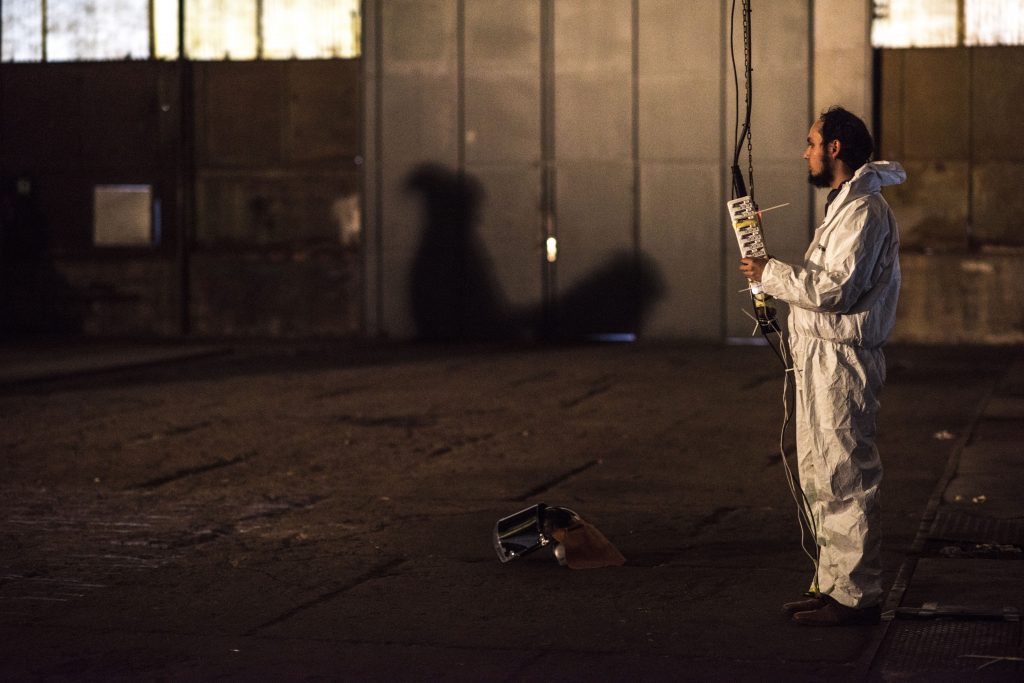 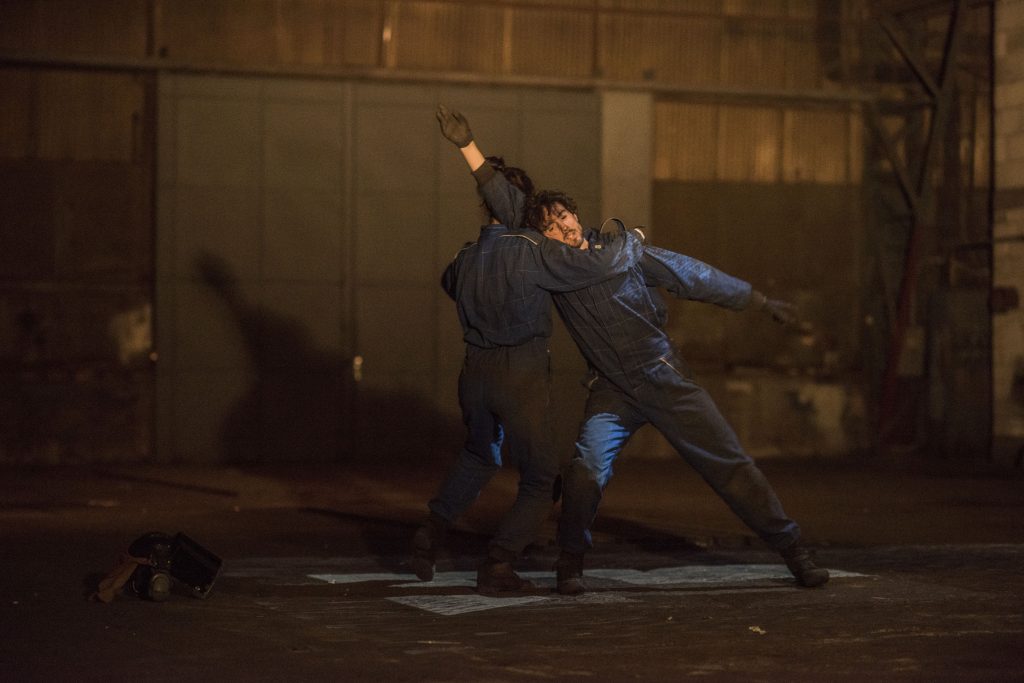 In the Peterson Paper Factory in Moss, we aimed to rethink a very concrete site through physical experimentation made at both day and night. We were focusing on echo as a process, the transformation of a prototype: a first sound, image or movement. We were interested in the contrast between the active production process in the past and the emptiness and stillness of today. v_END is a choreography of sounds, images, and bodies made for the camera. Inspired by personal stories, we reflected on the questions of dependence, transformation, intimacy and the echo of the importance of human presence. A musical composition was made from the recorded sounds of the empty factory. Movements were based on site-specific composition and movement research connected to active industrial sites. The visual material projected from above on the circular-shaped spot reflected on the history of the paper factory.

Going further on with our original focus in the empty factory building of DN Steel Works in Csepel, we developed the project work_in_process__, which consisted of a site-specific performance and a physical experience involving audience members. In the performance, we connected human movement to the mechanical movement of the crane and the equally mobile visual environment appearing digitally in the space. We were questioning the importance of human presence in the coordinated choreography of the physical machine and digital traces of an imaginary conveyor belt. The two bodies were connected not only to the movement of this machinery, but also to audio compositions coming from the sound of the crane and a drum set.

Queue for silence was a physical experimentation reflecting on the active industrial past of the building. The big empty hall was filled in with a very loud sound composition recorded during the production process in the Rockwool factory in Moss. The participating audience members were led by a dancer, one by one, into the space while wearing a noise and light reducing helmet on their head and offered the chance to take an exciting journey through their senses.