Industrial restructuring in Western Europe and the former “Soviet bloc” countries had different causes and effects – e.g. technological change vs. political change, innovation and change at the sector and company level vs. total transformation of the economy and privatization. However, there were similarities as well. The service sector took over the role of traditional industries as the engine of growth, and globalization has shifted the spatial structure of the locations of production and logistical services. Another similar aspect was the lack of space in city centers that drove property prices and, in general, the changes in the image of urban areas, as more emphasis was placed on the image of a city as global competition for capital and human resources intensified(1).
Brownfield regeneration means the recycling (“upcycling”) or reuse of land and building structures that were abandoned by their original users. In contrast to greenfield development, where the former use – in most cases agriculture – has not altered the land, brownfield development requires extra investment to ready the land and any facilities that occupy it for the new use. This may mean partial or total demolition of existing structures and, if required, the cleaning of the soil and buildings from any contamination that remained from previous uses. The provision or the upgrading of utilities and transport connections apply in both cases. 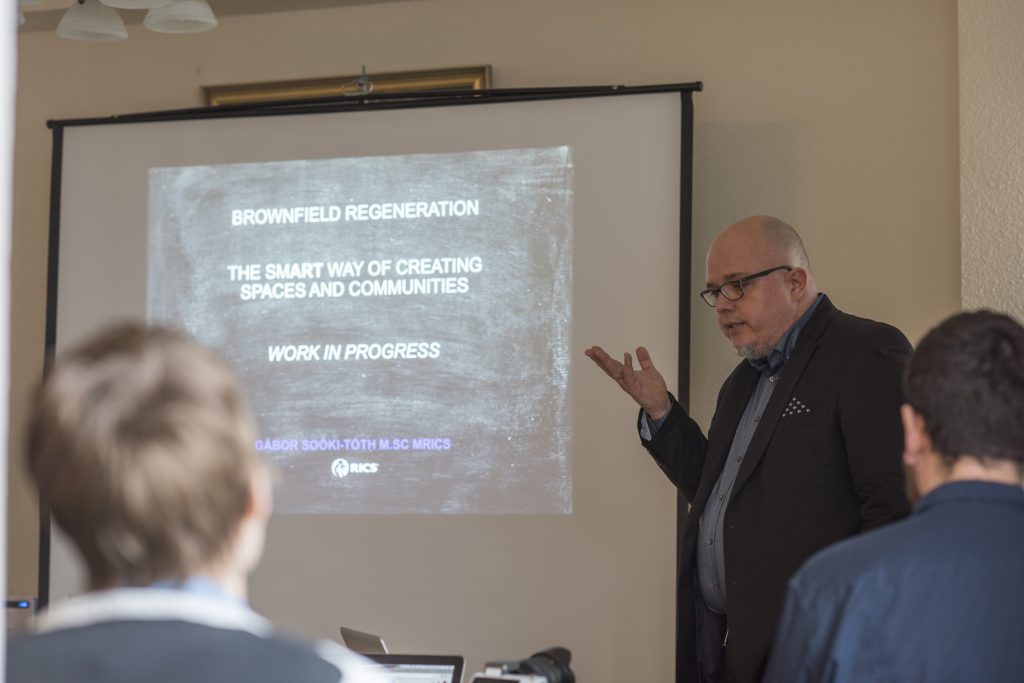 A ‘crash course’ on Real Estate

The story of Budapest brownfields

After the compromise with the Habsburg Monarchy in 1867, the Hungarian Kingdom enjoyed equal status in the newly formed Austro-Hungarian Monarchy. By 1872, Buda, where the royal seat and castle were located, Pest, the commercial city, and Óbuda, the agrarian small town built on the ruins of the former Roman military camp near the city of Aquincum, were united to create a twin capital city: Budapest. With the ambition to rival Vienna using state investments, but also utilizing the economic drive that brought industrialization to a country formerly doomed by a prohibitive tax regime to remain the food-producing region of the Habsburg Empire, the “new” city thrived. Besides the construction of boulevards, avenues, hospitals, and market halls, a new Parliament – copying the Gothic style of London’s parliament building – and numerous cultural venues, even the first underground on the continent and – again trailing London – the second in the world, private capital built entire neighborhoods of new residential and industrial buildings. Many of these, by now historic neighborhoods, were seen as substandard remains of a socially unequal, oppressive, “capitalist” past by the architects of the new post-WWII welfare state under the heavy influence of the USSR. Modernist principles and mass production technology were embraced and, just as in the 19th century, the parts built or rebuilt during the period between 1946-1989 are or may be considered as lacking the quality demanded by today’s occupants.
Most of 19th century Budapest’s industrial areas were located near transport corridors and the sources of raw materials: near the banks of the Danube River, along the rapidly developed railway lines and clay and stone quarries on the periphery of the city. These locations form a circular belt within the current administrative border of the city since the administrative annexation of peripheral villages and towns to the Hungarian capital in 1950. The largest quarries were in Óbuda (today District 3, in the northwest part of the city) and Kőbánya (in District 10, in the southeast part), whereas the main linear industrial corridors along the main transport infrastructure and the Danube, which has since lost its logistical function almost entirely in Hungary, were in District 13 (in the north) and districts 9 and 11 (in the south). The largest industrial blocks and homogeneous industrial neighborhoods were created in districts 8, 9, 10 and 21 (Csepel). Many of the traditional sectors that had been established were sustained until 1989, when privatization and the introduction of a market economy radically de-industrialized Budapest. The sectors that went “out of business” were food processing (mills, oil presses, baking factories), large-scale heavy industry (steel and metal production), engineering production (e.g. the manufacturing of engines, trains, trams, buses, machinery), textiles and leather-working, building materials (stone and clay mining), and traditional energy generation (coal- and oil-fired power stations). The area needed for the railways to operate was also reduced, leaving large amounts of urban wasteland behind.
The sectors that expanded were mainly services: retail (and logistics), wholesale trade, legal and tax advisory services, and business services. To accommodate this new demand from white collar employment, it was initially residential functions that were transformed, mainly in the inner parts of the city, by either changing existing buildings or occupying infill sites with office buildings. However, the densely built-up fabric of the inner city and the protected 19th century cityscape did not allow for easy expansion. Therefore, since the mid-1990s, office developers have ventured into off-center locations with varied degrees of success, largely dependent on the public transport access to these locations and whether individual projects could result in furnishing the given area with a positive image as a business hub. 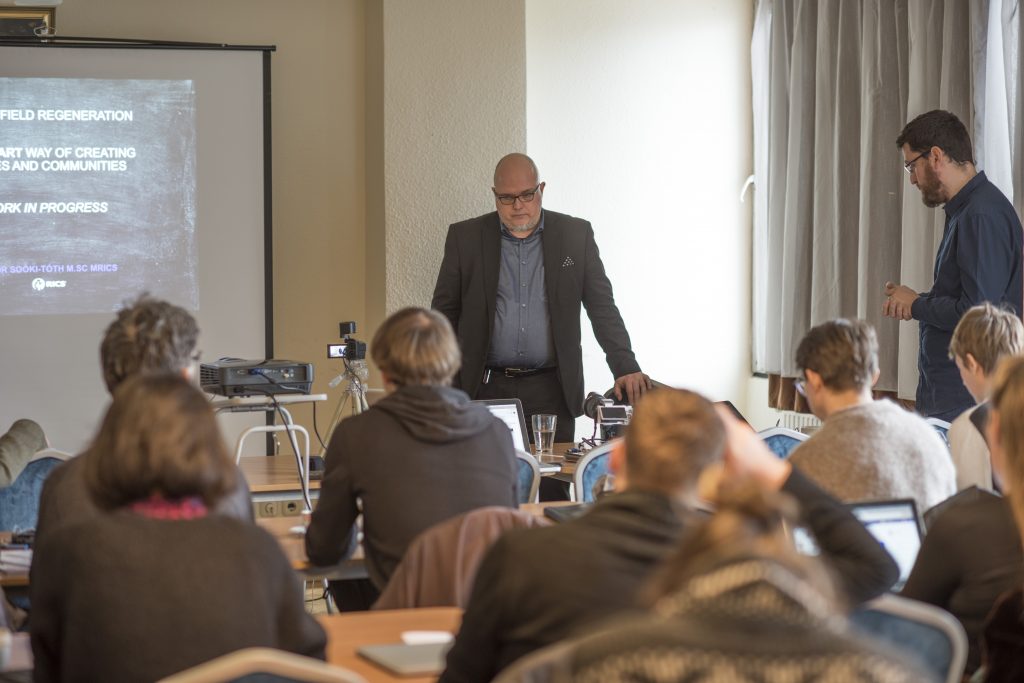 As Zsuzsa Földi and her colleagues(2) point out, radial transport corridors, especially if high capacity public transport services run along them, have changed the most during the past two decades. The northwestern Szentendrei Road has accommodated retail and some office functions, replacing the former engineering works and the large-scale housing prefabrication plant, whereas traditional textile manufacturing locations remained in use, but with new functions: wholesale trade and services. The northern Váci Road became the main inner city commercial office hub, where especially in the inner part (District 13), most former factory buildings have been demolished and their premises fully redeveloped by developers. The outer part (not serviced by the metro line that runs along the inner part) has been less affected: retail and wholesale took over most of the premises. Some remained abandoned, but significant parts of the old industrial properties have remained in use by the original or new companies (e.g. the GE-Tungsram factory). Towards the south on both sides of the river we see similar patterns: in Pest, District 9, Soroksári Road has two distinct sections with a clear difference between the rate of change, and in Buda, in District XI, Szerémi and Fehérvári roads also have changed or are changing. Probably the least radical transformation in terms of demolition and redevelopment has taken place in the dense industrial blocks of districts 8, 9, 10 and 21, where although the original companies and uses have changed a lot (e.g. in District 8, the Ganz factory has disappeared completely, however the compound has been taken over by trade – most notably this is the largest Chinese business hub in the region), the buildings and original fabric of the industrial estates has remained intact.